The "Seeking Grace" project began in 2013 with the goal of celebrating and developing a greater understanding of the lived experiences of Black alumnae at the University of Denver. The project seeks to address several issues common to history-diversity initiatives, which often do not explicitly center the communities they seek to document in the process as "epistemic partners" who drive the work.

The research team, which is driven by the questions and goals of current DU Black women graduate students in the Sistah Network–a group formed by the "Seeking Grace" project's founder, Dr. Nicole Joseph–has conducted oral histories with living alums, conducted extensive original research to identify early alumnae, and developed an exhibition documenting the history of early (pre-1945) Black women at DU. Their work has been installed in multiple locations at the University, and will be the centerpiece of the Black Alumni Affinity event at the Blair-Caldwell African-American Research Library in March 2019. The 2018-2019 cohort of researchers, Elizabeth Ndika, Kahlea Hunt-Khabir and Patrice Greene, have had a proposal accepted for the National Council of Black Studies' 2019 conference based on their findings. 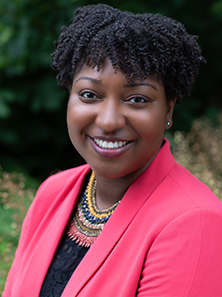