There is a commonly held perception propagated by the current presidential administration in the United States and other anti-immigrant proponents that the nation is being overrun by a “tide” of migrants from Latin American. This perception has been used by these same actors to vilify and criminalize particularly Central America migrants. Despite this view, the number of people from Latin America migrating to the United States has slowed down over the last few years. In fact, among new migrant arrivals, Asian migrants are outnumbering those from Latin America (Pew Research Center). Nevertheless, the global pandemic has had a particularly pernicious impact on Central American migrants who end up working and living in places like California and New York; two states that are the third and first, respectively, with the largest confirmed cases of Covid-19 (Centers for Disease Control and Prevention). It is uncertain how the pandemic will affect migration patterns in the long term. What is certain is that if such patterns persist, migrants will arrive in states that are among the most affected by the pandemic, putting their well-being at risk.

For those migrants who were caught or recently arrested and detained in centers overseen by the Immigration and Customs Enforcement (ICE) agency, their situation is of higher risk for contagion. Currently, there are over 32,000 migrants (ICE) detained in the United States, most of them in private for-profit centers. Such centers, even prior to the current pandemic, were notorious for the inhumane treatment, including physical and sexual abuse, of detainees. As reported by Latino USA, this inhumane treatment is intensified in the current crisis as detainees lack adequate medical personnel and screening for the deadly virus.

On April 3, 2020, Attorney General William Barr announced an emergency order relating to the release of inmate populations from federal prisons. Priority was given to vulnerable incarcerated people in order to minimize the impact of Covid-19 among inmates and the general population. While immigration advocates and allies continue to campaign for the release of all remaining migrants in detention centers, ICE has made no efforts to release them.

Moreover, opposed to the guidelines that the CDC has recommended of physical distancing and regularly washing of hands, when a migrant detainee tests positive for the virus, the person is quarantined for 14 days along with others in their cells. Being confined in close quarters, lacking adequate sanitation, masks, gloves and other items that may keep them safe, detainee’s and the general public population’s health and well-being are jeopardized. According to Mother Jones that has investigated the current conditions of detainees during the pandemic, when another “person gets infected, that individual is isolated [along with those in their cell] and the quarantine clock reset.” This process greatly increases the chances of contagion by those that are healthy but are confined with the person that tested positive for Covid-19.

Some migrants from Latin America flee to the United States under the threat of death and of violence, of which the U.S. is complicit in creating. Sadly, some of them die along this journey and some of them have previously died in the hands of ICE. The current lack of effort from ICE, even when the agency has confirmed the positive testing results of Covid-19 among its employees, along with the inadequate and inhumane treatment of migrants in detention centers puts their lives, again, in danger.

The pandemic is also dramatically impacting Latinxs and Latin American migrants and their school age children. School districts across the United States have closed their buildings, some even for the rest of their academic school year. Los Angeles Unified School District (LAUSD), for instance, closed all schools on March 13th and announced plans for distance and online learning soon thereafter. Recently, the school district, in efforts to engage in equitable education, announced that none of their students will receive an “F” or failing grade for the Spring semester (Los Angeles Times). Additionally, districts throughout California have made individual efforts to provide school age children with breakfast and lunch meals (EdSource).

School districts along with teachers’ unions should be commended for the efforts they have made to service their students in equitable ways during this challenging time. LAUSD, in particular, is an example of the potential of schools to be places of safety for some children. We also know that schools historically have served as spaces that have negatively impacted minoritized children while positively affecting White and affluent children and their families. This is evident in that distance and online learning works for those families that have adequate and sufficient technology such as access to uninterrupted and fast internet connection, enough working devices such as laptops, tablets, and phones for all their school age children, and spaces for learning to take place.

Much of distance and online learning for elementary and school age youth is built on a premise that whoever their caretaker or guardian is, is well-equipped to supplement teacher’s instruction at home. Education scholars have at lengths discussed how college educated and middle-class families can supplement the role of the teacher, and their homes the role of the school—and vice versa. This is not the reality for low income and migrant families who may not speak English or Spanish, may have interrupted or no schooling, and lack the type of skills to teach their children in ways that are deemed appropriate and effective by schools and their teachers (see for example the following foundational readings: Annet Lareau’s “Home Advantage,” and Norma González, Luis C. Moll and Cathy Amanti’s “Funds of Knowledge”).

As opposed to families who have parents who can work from home, migrant parents cannot afford to miss work as evident in the images (New York Times) we continue to see of migrants working in California’s agricultural fields. Moreover, due to current stay-at home measures, migrants who work in service sectors such as restaurants have lost their jobs (Slate). Hence, they and their families are experiencing to a greater degree interruption to their lives, livelihood, well-being, and education.

Recently, governor Gavin Newsom announced that California will distribute a one-time cash payment of up to $500 to individual undocumented migrants (and up to $1000 for families) in the state in response to the pandemic (The Hill). This is an important step to support undocumented migrants. However, this is a small payment for the millions of dollars that undocumented migrants contribute in form of taxes paid to the U.S—not qualifying for the Federal stimulus checks (Forbes) and never receiving any of the taxes they have paid over the years.

Migrants and other minoritized communities have lived and, thus, known all along the inequities built into the United States’ immigration and education systems. The pandemic has added one more layer of complexity to their lives. One more issue to deal with. One more reality and hardship to endure. However, unlike other times, the stakes are higher. Literally, their lives are depending on how well the U.S. responds to this crisis and how seriously the lives of minoritized communities are taken into consideration. Unfortunately, the U.S. does not have a good track record of this. 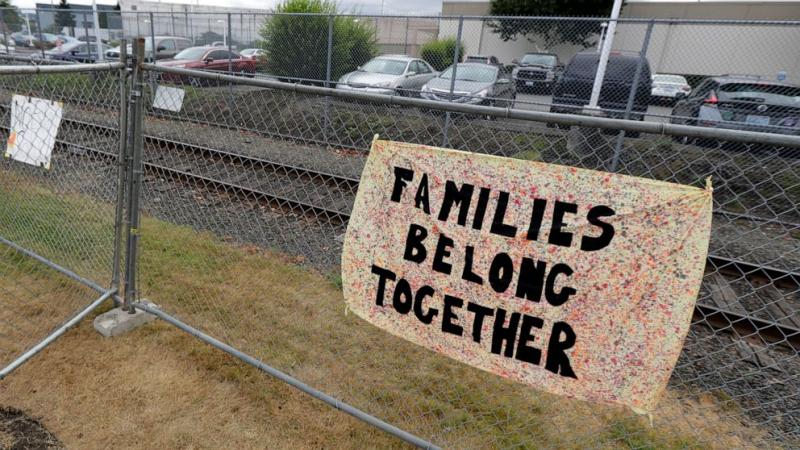