By Pavielle Haines, Postdoctoral Fellow at the Center on American Politics, University of Denver

Women of color are always the first to know when something is awry in their community. If wages stagnate or housing costs soar, they are the most likely to suffer. If social welfare programs are cut, they take the biggest hit. Their lived experiences are inseparable from public life writ large, revealing what a community truly values and the direction it is headed. Yet women of color are overwhelmingly excluded from local politics. And here in Denver, they are tired of being ignored. In 2018, documentary filmmaker Rebekah Henderson followed five women of color as they ran for local office in Denver –– a city that has never elected a woman for mayor in its 160-year history. Her forthcoming film explores the barriers that keep women of color out of politics, while also highlighting the strength of those who dare to run for office.

Earlier this year, I had the good fortune of moderating an IRISE panel discussion with Henderson and most of the women featured in her documentary. Listening to them share their experiences was both exhilarating and gut-wrenching in equal measure. They all clearly loved their city and were deeply concerned about its future. Their explanations about why they decided to run were smart, articulate, and passionate. But they also had plenty of stories about how sexism, ageism, and racism weighed down their campaigns. Each felt the pressure to perform above and beyond what might be expected of a candidate who was white or male. In the end, two of the five who ran won office.

As a political scientist, I couldn’t help but compare their stories against the existing research on race and gender in electoral politics –– some of my own included. The overlap was astounding. Political scientists generally agree that when women and racial minorities run for office, they actually have a pretty good shot of winning. For instance, drawing on a comprehensive analysis of public opinion polls and election results, UM Milwaukee professor Kathleen Dolan (2003) found that gender bias was low enough that it no longer impeded women’s chances of election. Other scholarship supports her conclusion. This is great news! But why then aren’t more women –– particularly women of color –– in office? Well, even if women of color can win elections, it doesn’t mean they are running the same race as their white or male counterparts. Women of color are running a triathlon in a competition against majority candidates who running a 5K.

The first major obstacle that women of color must overcome are the entry barriers into politics. One of the things that was striking about the candidates on the IRISE panel was that all of them made the decision to run either entirely on their own or with some informal prompting from other women of color. Very few people just up and decide to run for office like this. They are usually groomed by local political organizers or party leaders, who provide them with a built-in set of political and financial resources. But I wasn’t entirely surprised that none of the women on the panel had been formally recruited to run for office. A groundbreaking report by scholars Jennifer Lawless and Richard Fox (2013) finds that women are far less likely to receive encouragement to run for office –– from anyone. Related work by Rutgers professor Kira Sanbonmatsu (2010) reveals that many party and community leaders (wrongly) assume women and minority candidates can’t win. As a result, women of color are less likely to be recruited, even when they are just as qualified as potential majority candidates. Women of color’s supposed electability issues are essentially a self-fulfilling prophecy.

Another issue that women of color face is discrimination on the campaign trail. This likely comes as no surprise to anybody. It was certainly old news to the IRISE panelists, who weathered plenty of gender and racial bias while running for office. While blatant prejudice may now be less of a factor in voters’ decision-making, sexism and racism continue to play an insidious role in elections. For instance, experimental studies by professors’ Erin Cassese and Mirya Holman (2018) show that women candidates are vulnerable to political attacks that emphasize gender stereotypes. When these attacks are leveraged, a woman’s chance of winning drops precipitously. Women and people of color who run for office must spend an inordinate amount of energy cultivating and protecting their image. Stereotypes limit the range of ideas, values, and emotions they can express. Some of my own ongoing research shows that even among Democrats who are eager for a woman president, there is a reluctance to support women who are too focused on women’s issues. Similarly, in an analysis of speeches made by Barack Obama I found that he tended to avoid racialized topics –– presumably to avoid backlash. When women and racial minorities run for office, their campaign messaging must toe a fine line that can be almost impossible to tread.

A final hurdle that women and minority candidates face is are what social scientists call “shifting standards.” Simply put, for a woman of color to run for and win office, she must be exceptional. She must be bright, articulate, personable, experienced, and charismatic. The whole, perfect package. For a white man to run and win office, he needs to be acceptable. Weaknesses and flaws are more readily tolerated. When measuring the quality of political incumbents in state legislatures, political scholar Sarah Fulton (2012) found that the women were substantially more accomplished along a variety of dimensions. This casts a gloomier light on the research showing that women and people of color win office at reasonable rates. What does it say about our electoral politics that extraordinary women of color can sometimes ­­–– occasionally –– win against an average white man? The women on the IRSE panel pointed to these differing standards as evidence that sexism and racism were still very much at the fore of American electoral politics.

The bottom line is that women of color still have a long way to go until they reach parity in local politics, both here in Denver and across the country. An important caveat of the existing research on this topic is that political scientists have spent a lot of time studying either women candidates (who are usually white) or racial minority candidates (who are usually men). They are only just beginning to acknowledge that women of color may face a unique set of circumstances due to their location at the intersection of gender and racial categories. The little research that does exist, much of it conducted by political scholar Kira Sanbonmatsu, shows that women of color are doubly disadvantaged. For instance, they are even less likely to be recruited by political leaders than white women or men of color. And for many, this makes it incredibly difficult to raise enough political or financial support to even get their campaign off the ground. That the IRISE panelists were able to raise enough money and support to run as serious contenders –– without being formally promoted by any existing political organizations –– is nothing short of miraculous. It is a testament to their tenacity and creativity.

The candidates on the IRISE panel demonstrated just how much women of color can achieve in local electoral politics, even when the odds are stacked against them. Equitable representation is at the heart of a healthy democracy. One way to measure this is by whether elected officials mirror the racial, gender, and socioeconomic composition of the populace. Another is the extent to which both majority and minority issues are addressed in public policy. But no matter how you look at it, women of color are egregiously underrepresented. This is both a grave injustice against them and an existential threat to our democratic ideals. So, what can you do to promote women of color in Denver politics? First, put pressure on community and party leaders to recruit and endorse women of color for office. They can win! Second, if a woman of color is running for office and you like her ideas, donate your time or money to her campaign. The odds are good that she has fewer resources than her competition. Third, call out sexist or racist attacks regardless of who you plan on voting for. And most importantly, be appreciative of the value that women of color bring to public and political life in the city of Denver.

Running With My Girls Roundtable 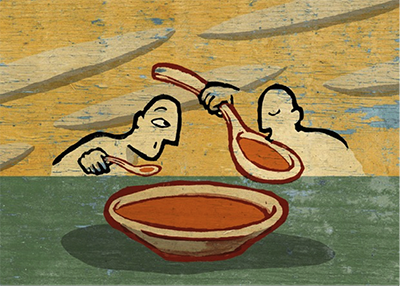 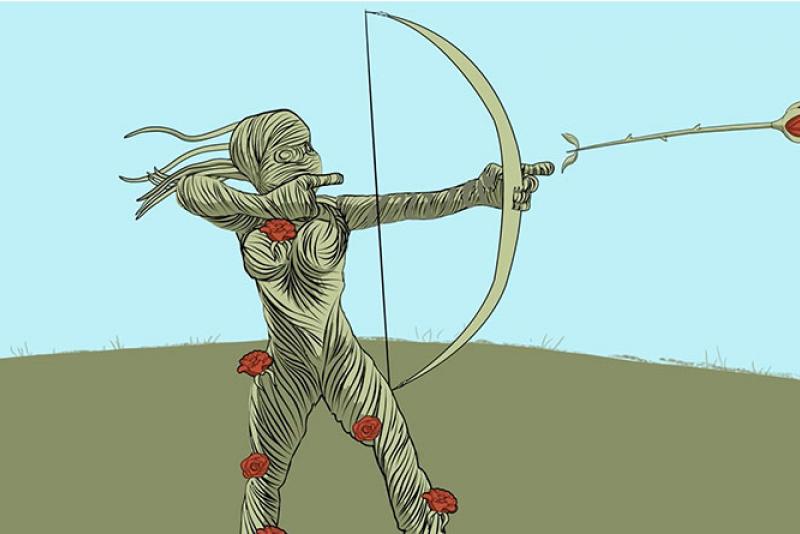